Secure your spot and get started today with our EXCLUSIVE offer!

By opting into the web form above you are providing consent for Allstar Martial Arts Academy to send you periodic text messages. Standard rates may apply. You can reply HELP at anytime or learn more. You may opt-out anytime by replying STOP.

My four year old needed more structure & a year round sport. We came for a trial class & we’ve been here since! He’s now on his fourth belt and has fallen in love with Martial Arts!! My only regret was not getting him in here sooner! Staff is awesome & family owned! 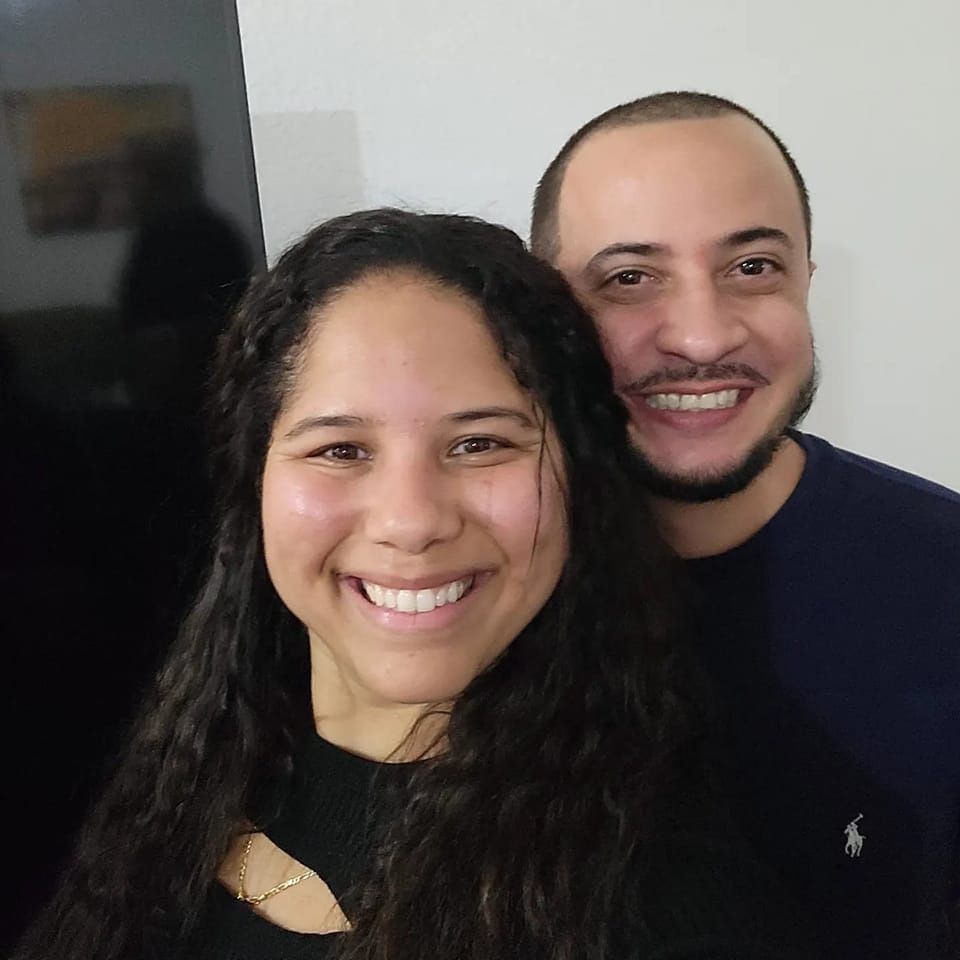 Our daughter has been part of the Allstar Martial Arts Academy for over a year now, and she loves it! She has improved so much during this time, and we can see how confident and outgoing she has become.

As a parent, we couldn't be happier that we found this Academy. The entire team is so knowledgeable, helpful and friendly. They teach our kids, keep them motivated - and my favorite part - they do a great job keeping us informed about the different events and programs available at the Academy.

Looking forward to another great year!!!

When I travel I like to find martial arts schools, especially Taekwon-Do schools to try a couple of their classes – it lets me keep up my training and it’s fun to see how other schools train.

This year I was lucky to find Allstar Martial Arts West Palm Beach, run by Mr. Matt and Ms. Hannah Lord. They were kind enough to allow me to join their classes for 2 weeks.

Allstar runs a great class and great program. In an hour they pack in all of the basics and then some – warm ups, technique drills, free sparring, knife defence and patterns. They introduced me to “flag sparring” for the younger kids.

The kids in their classes are working hard and are very disciplined. They all showed me the utmost respect – maybe my belt rank, more likely because I am the age of their grandparents.

The respect and discipline starts at the top. Although higher belts than I, Mr. Matt and Ms. Hannah never called me anything but “Mr.” or “Sir”, and ensured that their students had the same attitude. Many of the students came to me after my last class to thank me for training with them.

I also received the same respect from Master Jack Lord, Mr. Matt’s and Ms. Hannah’s father, who trained with us one night. He told me that he taught them everything they know

I would heartily recommend Allstar Martial Arts for anyone looking for a fun activity for their kids, that will involve hard work and discipline. For those parents whose kids are training - why aren’t you also.

Looking forward to my next trip to Florida to train at Allstar once again. 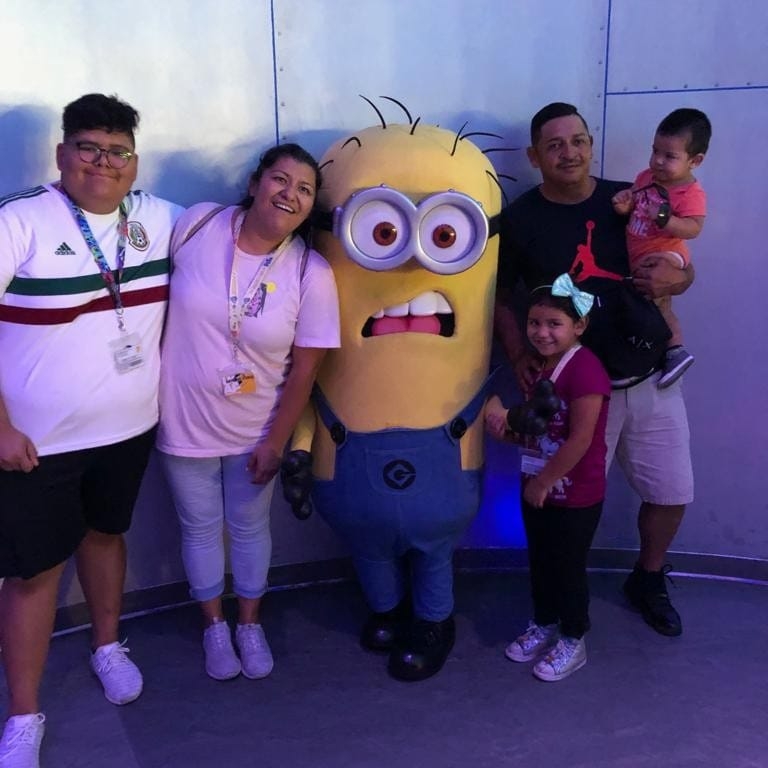 I love it and not just me as mom if not my 6-Year-old daughter. They teach you discipline, Personal Defense, respect etc. If you want an academy for your children where you seriously want them to learn, Allstar Martial Arts Academy is the best option. They are patients, professionals and pretty nice. My daughter is learning a lot and at the same time enjoying this experience, they do an amazing job both with children and adults. 100 % recommended, not egos and much mutual support!

I Love it! I put my kids into training a few months ago to help them learn to focus and I am so impressed with how much they have changed in such a small amount of time! They're always so excited about training and begging me to bring them to class...it's never a hassle to get them ready to go like it has been with other sports or after school activities. In addition to the martial arts skills, the fitness, balance, and coordination...my kids have learned how to be disciplined, how to stand up straight and still, and how to practice eye contact. The training isn't all physical...each class, the instructors talk about a life skill/lesson that they encourage the kids to practice at home or at school. Last week they talked about courtesy and how to show courtesy to others. It's really a great program for fitness and life skills.

My kids have loved it so much and I'm always practicing with them at home..I recently decided to try taking classes for myself and I'm loving it just as much as my kids! Each class I'm learning self defense and martial arts AND getting a pretty intense cardio workout! I highly recommend this facility and program to anyone and everyone! 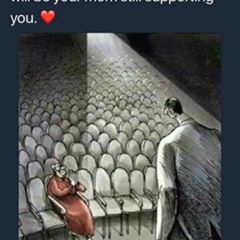 My shy 6 years old daughter loves
her classes, her instructors are helping her to feel confident and brave,I couldn't be happier !!! One of my best decisions as mom😀amazing family owned place!!! 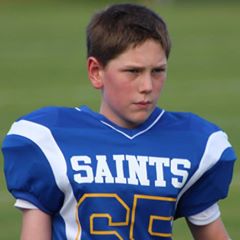 Great instructors and no place better for your kiddos (and you!) to build confidence, discipline, & respect, all while learning how to protect yourself. The Parent's Night Out and birthday party's are amazing options also! Don't forget, you can also break some boards too!!

Our 6 and 8 year old sons started here a couple of months ago. They absolutely love it and would go everyday if we could get them there. They are learning so much including focus and discipline. The results are amazing. The instructors are all family and you can tell that they love what they do and the children they teach. Highly recommend this place!!!

Love love love them! My kids love going twice a week. The tuition is very reasonable as well. They are so popular they opened up another studio and added additional classes to the Wellington studio to accommodate their students!

Request information today to learn more about our programs! Get Started Now

How to Avoid Being a Victim of Bullying

Bullying has become an epidemic in recent years. Yes, there have
always been bullies, and yes, those bullies have always caused serious
and lasting damage to their victims; however, bullying in the 21st
century has changed – and not for the better.

The consequences of bullying can be devastating. Victims are more
likely to experience a decrease in their academic performance, anxiety,
depression, and behavioral problems.

Being that bullying is such a rampant problem in the United States,
children need to be presented with methods that will teach them how to
combat being the victim of the name calling, teasing, and harassment
that are associated with bullying behavior.

How can kids avoid becoming the victim of a bully? Here are some tips
that can be highly effective.

Typically, bullies tend to prey on those who appear to lack confidence
and who are unsure of themselves. If a bully sees that someone is
lacking confidence, he or she is more likely to target that individual and
harass that person.

Being confident is one of the most effective ways to avoid being bullied.
Kids need to have inner confidence, and they need to be able to project
that confidence outward. Parents can help build their children’s
confidence by building them up and supporting them. When children
know that they are valued, they automatically have confidence. Kids can
exude their inner confidence by standing tall, making eye contact, being
friendly and taking pride in their appearance.

Gain the Support of Friends

One or two great friends is worth more than 100 fair-weather friends.
This is especially true if someone wants to avoid being bullied.
Kids should pick their friends wisely, and should gather their support.
Remaining in contact with those friends – walking down the school halls
with them, sitting with them on the bus, or eating with them in the
cafeteria – will prevent a bully from targeting a child. Typically, bullies
tend to take aim at children who are ‘loners.’ Support from friends is a
highly powerful force against bullies.

Stand Up for Yourself

If a bully does start to attack, a child should not only know that it is OK
to stand up for him- or herself, but that standing up must be done.
If a child encounters someone who is saying or doing hurtful things, that
child should exert his or her inner confidence, stand tall, look the bully in
the eye and tell him or her to stop it. Once the child tells the bully to
stop, he or she should walk away and move on. Letting the bully see
that he or she has impacted the victim will only make him or her feel
successful, which will make him or her want to try again.

Kids have the power to stop bullies, and martial arts help them find that
power. By following these tips, children can avoid being the victim of
such cruel behavior and avoid the lasting consequences of bullying.

We are offering a FREE Bully Awareness & Prevention Classes for kids throughout the entire month of October! Our classes will help children to identify and react in a safe and effective manner to bully’s and bullying situations.